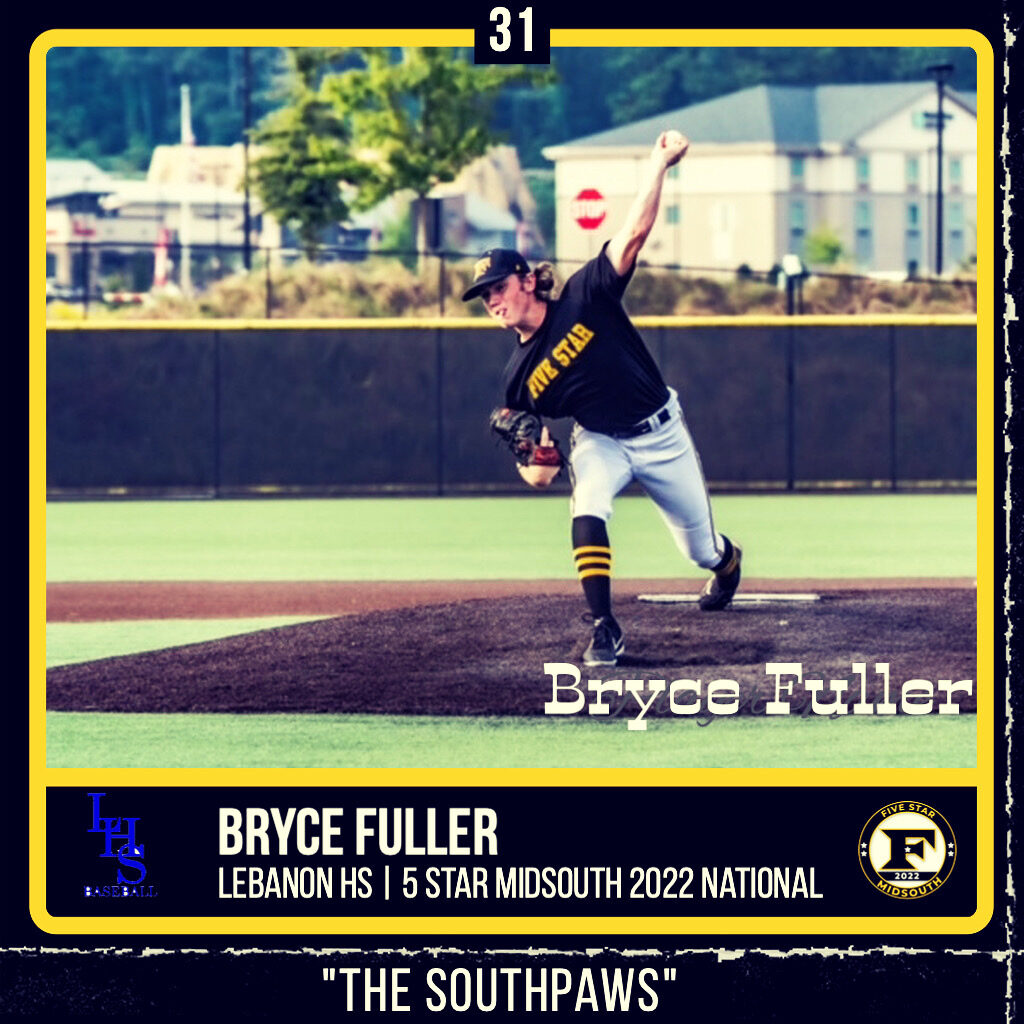 This edition of the “Midsouth Mafia Corner” dives in on our uncommitted left-handed pitchers. These “southpaws” include: 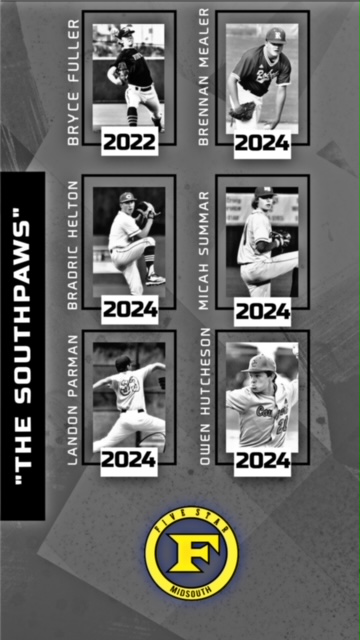 In this write-up, we will break down each player, and show videos. So without further ado let us begin!

The Lebanon product continues to make strides as he prepares for this upcoming spring season. Reports out there with him sitting in the mid-’80s. He’s got the mindset & the grit, and he’s going to be asked to be used quite a bit this spring. Let’s just say… We don’t think he will be on the table for much longer.

A familiar name that continues to appear on the circuit, 12AA Freshman of the Year Brennan Mealer, is ready to make noise once again this Spring. Obviously, we know a lot about the bat, which plays, but his ability to mix pitches and command in the strike zone makes him a fun watch when he gets going on the bump. The Team Tennessee representative is due for another big spring.

Another all-district arm from a year ago, Micah splashed onto the scene in a big way at Green Hill. The freshman was asked to step up, and he did just that leading Green Hill to several shutout victories in part with Micah. He’s lived in the weight room this fall & winter, with several reports of Micah sitting in the lows 8’s. He’s going to be a big piece of the puzzle for Green Hill this season, and we can’t wait to follow along.

A new member to the 5 Star Midsouth clan, Bradric made quite the impression last spring & summer. Again as the theme continues, another 9th grader was asked to step up & compete for innings, and he did just that. Early reports have Helton sitting in that low 80’s mark more consistently this winter. We are looking forward to seeing his progression this spring season in KY.

Talk about one of the hardest-working people in our program. Landon continues to highlight the definition of what hard work looks like. He’s constantly in the lab working on his craft, and it’s paying huge dividends f0r him. Going from a low 70’s arm, to now reports having him touching an 8 on the mound. He’s got a chance to throw huge innings this upcoming spring season to an already deep Mount Juliet staff.

Another newbie a part of the 5 Star Midsouth clan, Owen comes to us from Dickson County HS. Again, another 9th grader had the opportunity to throw innings on varsity early. He’s not going to light it up on the radar just yet, but talk about efficiency & strikes, this is your guy. His body is continuing to grow and he has shown glimpses of what is to come throughout this Fall. Folks be prepared, he won’t be a secret for much longer.

Comments Off on Midsouth Mafia Corner – The Southpaws 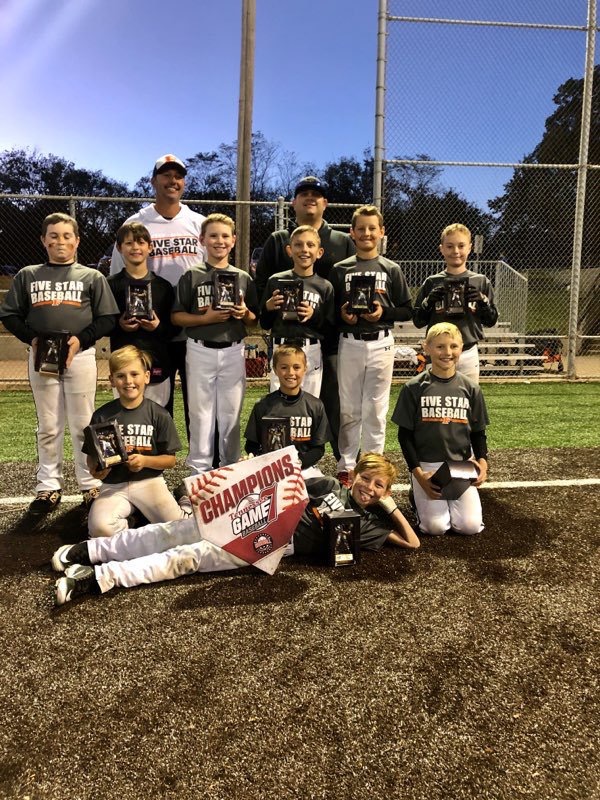 5 Star Vols 10U Anderson put the fear in Halloween as they roll through the competition in the Game7 Halloween Havoc event taking home the trophy! Going a ridiculous 4-1 on the weekend frame, Anderson’s group was hungry all weekend with the production they were able to create. Averaging close to 10 runs a game, the offense was alive and well and continued into the championship game as they contributed to 13 hits on the day. One hit was bigger than some others. Wyatt Haden came up with the walk-off single to allow the Vols to take home the title. Job well done by all the players! More to come as Spring is right around the corner.

Comments Off on Halloween Havoc goes to 10U Anderson 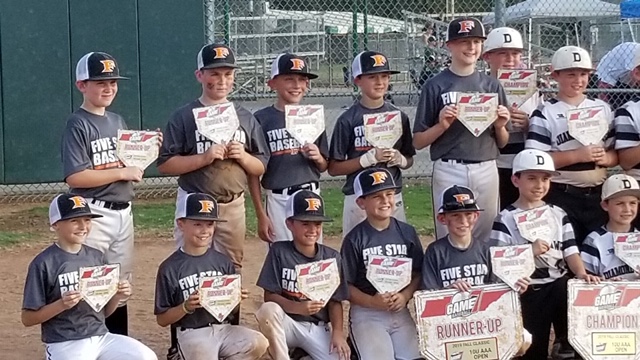 5 Star Vols 10U Anderson finish just short in the Game7 Fall Classic. The boys went an impressive 3-1 on the weekend. Averaging close to 9 runs a game, the offense was alive all weekend long. However, in their semifinal game it was actually pitching and defense that solidified their chance to play for hardware. Garrett Taylor went 6 innings of work while striking out 6. The defense as a whole did not commit a single error in the game. More of many to come! Congrats boys!

Comments Off on 10U Anderson Runner-Up at Fall Classic 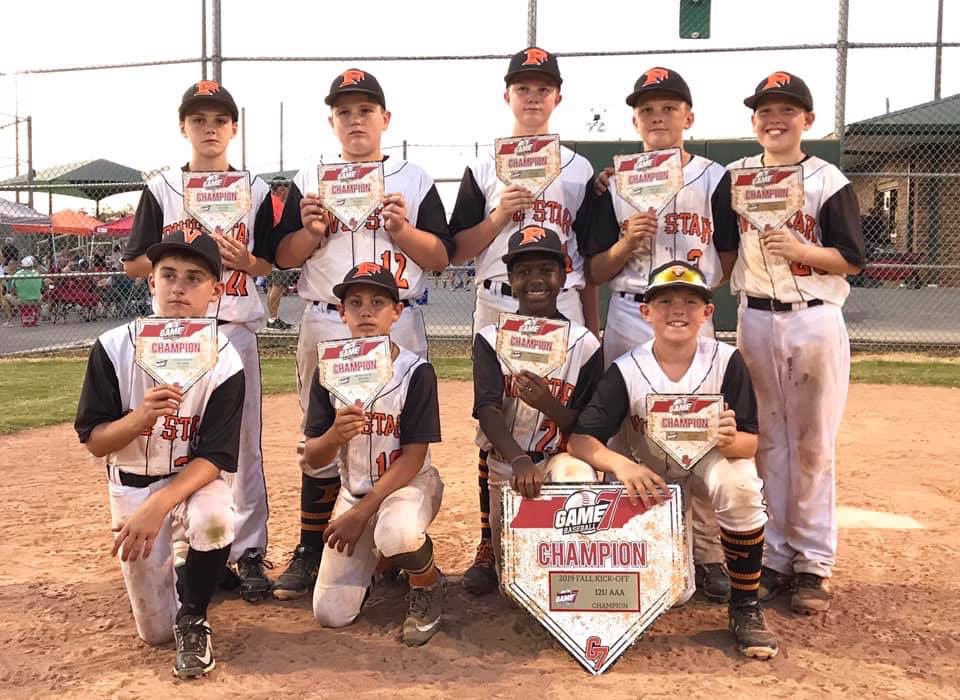 5 Star Vols 12U Partin opens up the Fall with a championship win! After starting the event 0-2, they were able to manage to pull off 3 wins on Championship Sunday in the Game7 Fall Kickoff event. Adding more hardware to their already impressive resume. Job well done.

Comments Off on 12U Partin Opens Up Fall With Rings 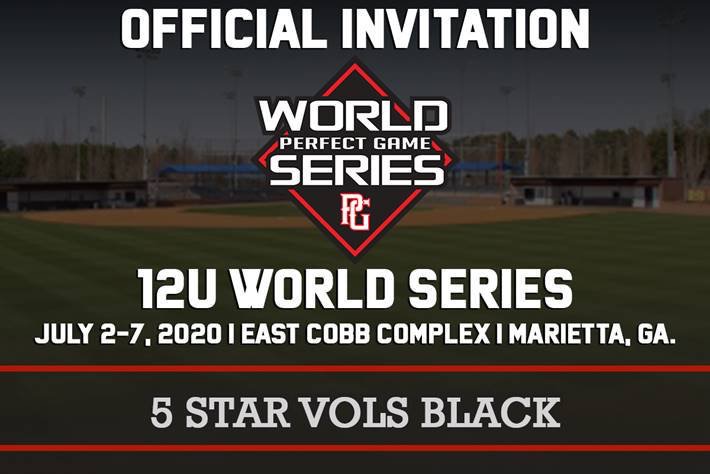 The reputation of the 5 Star Vols 12U Partin group continues to write itself inside the baseball community. Over the last two years this group has gone a combined 71-23 during Spring & Summer baseball events. They have slowly but surely made their dominance known not just in Middle Tennessee, but in the entire state of Tennessee. They are now going to get their opportunity to showcase themselves down in East Cobb as they received an invite to the 12U Perfect Game World Series. Extremely high level event that is going to bring some of the top talented 12U ball-clubs across the United States. Job well done by the 12U fellas! Keep it rolling!

Comments Off on 5 Star Vols 12U Partin World Series Invite